Glenwood Springs, Colo. – As of 3 p.m. on August 29 the perimeter of the Sunrise Court Fire has been reinforced and declared 100% controlled. All resources have been released except for one wildland engine and five Glenwood Springs firefighters.

Hot spots in the interior of the fire are anticipated and firefighters will continue to extinguish those as needed. The Glenwood Springs Fire Department will continue to patrol and monitor the fire over the next few days.

Prehm Ranch Road below the burn area will remained closed until further notice due to public safety concerns of falling rocks.

Glenwood Springs, Colo. â€“ The Sunrise Court Fire burned 19.7 acres yesterday.Â  Several homes were threatened but none were lost. Cool temperatures through the night helped quiet the fire down. Containment was declared as of 7:00 a.m. Fire cause is unknown and currently under investigation by the Garfield County Fire Investigation Response Team.

Today, four wildland engines, a tender, and 27 fire fighters from Carbondale & Rural Fire Protection District, Colorado River Fire Rescue, Grand Valley Fire Department, and Roaring Fork Fire Rescue will be focusing their efforts on reinforcing the perimeter of the burn area. Incident Commander Doug Gerrald expects to have most resources off the fire by early evening, and will continue to monitor the fire through the night

Garfield County Sheriff officers are also on scene prohibiting public access in order to allow firefighting operations to continue. The public is asked to avoid the area.

Glenwood Springs Fire Department’s Facebook page will be updated with the latest information on the fire as updates occur. The public can also call 970-384-6436 for fire information. Media requests should be directed to 970-384-6436. 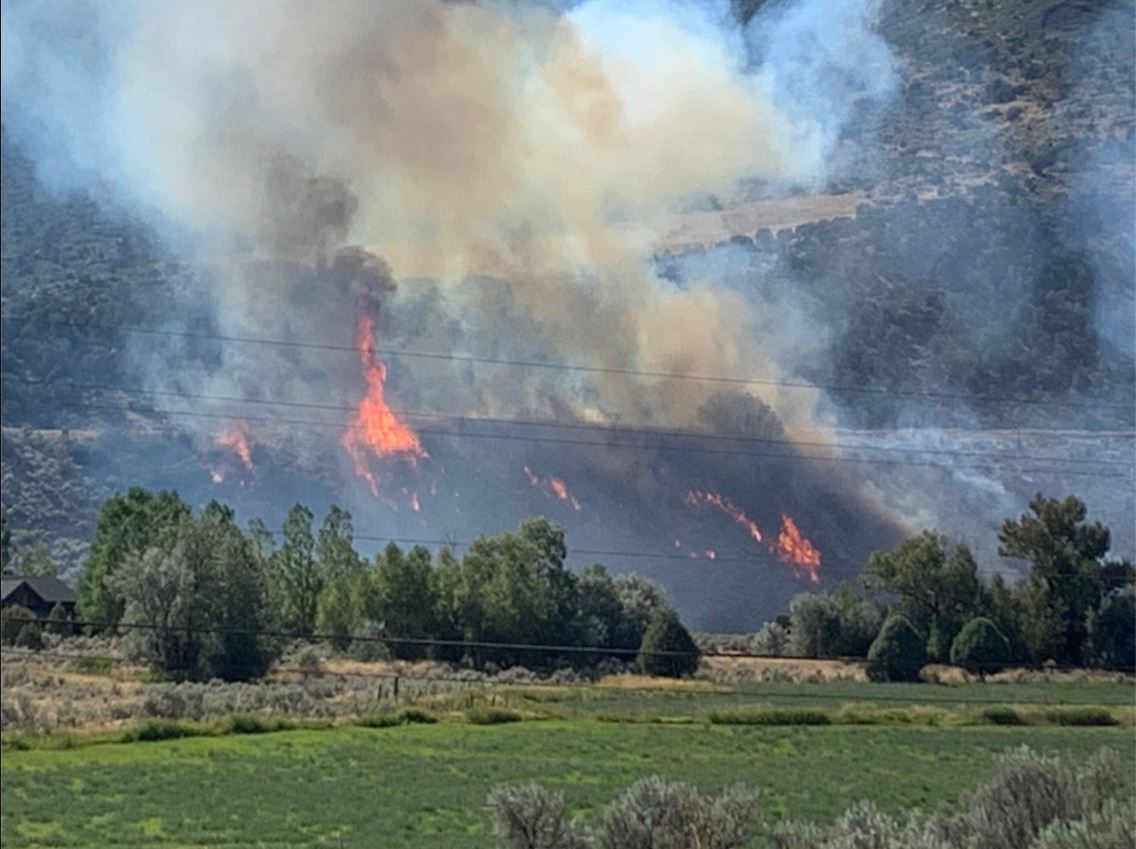 Glenwood Springs, Colo. – Around 2:40 p.m. on August 28, 2019, Glenwood Springs Fire Department was called for a report of a brush fire between Four Mile Ranch and County Road 163 (Prehem Ranch Road).

Upon arrival, firefighters found heavy smoke and flames moving quickly through the brush in the area. Firefighters on scene worked to protect homes as the flames approached. 45 firefighters and 17 fire apparatus from Glenwood Springs Fire Department and other fire agencies responded. A helicopter did bucket drops over the fire, with two Single Engine Air Tankers (SEATs) each dropping two loads of retardant.

Residences on Sunrise Court and Red Cliff Road were evacuated, but are being allowed to return at 7:30 p.m. Only local residents will be allowed in the subdivision until the fire is out. Prehem Ranch Road is also closed to traffic, other than residents. The public is asked to avoid the area to allow firefighters room to work.

Fire officials expect some flare ups during the night. Firefighters will be patrolling the area overnight. A hand crew is expected to arrive tomorrow morning to work on the fire line.

As of 7 p.m., the fire is estimated at 15-20 acres. The Colorado Department of Fire Prevention and Control Multi-Mission Aircraft will be flying over the fire to determine the fire perimeter and accurate acreage. There have been no structures lost.

“Keeping the public safe and protecting homes is our number one priority. The residents in Four Mile Ranch subdivision evacuated quickly, allowing firefighters to access the fire sooner,” said Battalion Chief Doug Gerrald. “Glenwood Springs firefighters, along with our partners at other Roaring Fork Valley fire departments and law enforcement agencies, worked hard to prevent any injuries or loss of property at the Sunrise Court Fire.”

The cause of the fire is unknown, it will be investigated by the Garfield County Fire Investigation team, in conjunction with Glenwood Springs Fire Department.

Glenwood Springs Fire Department’s Facebook page will be updated with the latest information on the fire as updates occur. The public can also call 970-384-6436 for fire information. Media requests should be directed to 970-384-6436.

Update – 7:13 pm – The evacuation order for homes on Sunrise Court and Red Cliff Road has been lifted. Only residents will be allowed in the subdivision. Residents are asked to watch for fire hose in the road and to avoid driving over it.

Update/correction – 5:00 pm – all of Four Mile Ranch is not under evacuation orders. Just residences on Sunrise Court and Red Cliff Road. 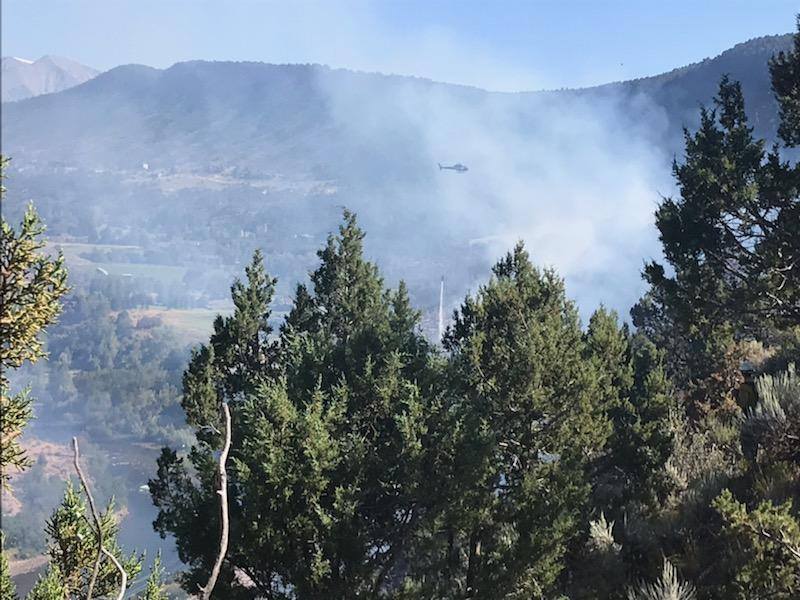 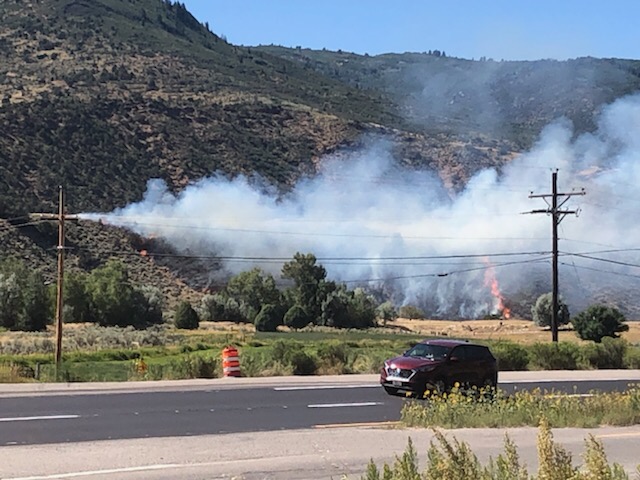 The fire has been named the “Sunrise Court Fire.”

Sunrise Court Fire at the base of Four Mile